If your operating system (OS) has become non-bootable or is suffering from critical system errors, you can use rescue mode to recover your system data. These problems might be caused by file system corruption, boot file corruption, or configuration errors. If your system encounters a problem during the boot process, you typically boot into a maintenance mode environment called single user mode (on Linux® or macOS®) or safe mode (on Windows®) that enables you to log in with your root password and check for any errors.

However, single user mode has the following drawbacks:

You can avoid working with single user mode or safe mode by bringing your server up in rescue mode through the Rackspace Cloud Control Panel.

What is rescue mode?

Rescue mode grants the root user full access to your non-bootable server’s file system. You can use rescue mode to modify problems in configuration files or to copy data from your Cloud Server to a remote location. Using rescue mode through the Cloud Control Panel is similar to booting into single user mode or safe mode with networking enabled.

Start your server in rescue mode

Use the following steps to start your Linux or Windows server in rescue mode:

The server begins to enter rescue mode and displays an orange Status field next to the server name. The initial status is Preparing Rescue.

When the rescue mode build is complete, the status turns red and displays Rescue.

Note: The rescue environment is limited to 24 hours. You have one day to correct the problems on your server before it automatically reverts to its original state.

Connect to your server in rescue mode

You can connect to your server in rescue mode in the following ways:

Before you can access the files on your Linux server, you need to mount the server’s file system. To accomplish this task, you need to look at your partitions to determine your file system’s device.

Note: If you plan on using fsck on this file system, do not mount the file system.

After you log in to your server in rescue mode, run the following command:

Your output should look similar to the following example: 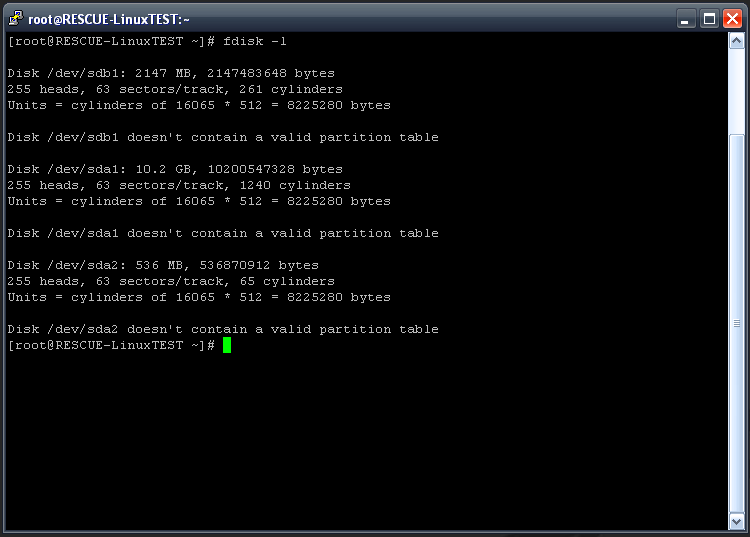 Several disks appear in the output. A disk entry looks similar to the following example:

The portion after Disk that looks like a file path is the device.

In the example output in the screenshot, the device for the server’s file system is /dev/sda1.

The device can be different depending on the distribution image that was used to build your server.

The example output in the screenshot shows the device and the size of the disk. It contains the following blocks:

Identify the block for your server’s file system and find the device name.

After you know your file system’s device, you can assign it to a directory and mount it for access.

For example, if your file system device is /dev/sda1, the command is:

After you complete this step, you can access your files through the /mnt directory.

Note: You must precede file paths with /mnt. For example, if you need to correct the /etc/fstab file, you access that file by using the following path:

Before you can access the files on your Windows server, you need to mount the server’s file system. To do that, you need to look at your partitions to determine your file system’s device.

Note: If you plan to use chkdsk on this file system, do not mount the file system.

A known issue exists that might occur when a Windows cloud server is put into rescue mode. After the old system drive is brought online, you are no longer able to boot into Windows when reverting back from the rescue environment.

This issue is caused by a disk ID conflict. The original boot disk ID is rewritten and no longer matches what the server expects for the boot volume. Because the cloud server’s rescue mode uses the image that was initially used to create the server, the disk ID of the server and the temporary image for the rescue OS are the same. This issue causes a name collision when the server disk is brought online. Due to this issue, the OS rewrites the ID of the disk. After this takes place the boot loader can no longer find the boot disk. This problem is what causes the server to crash. 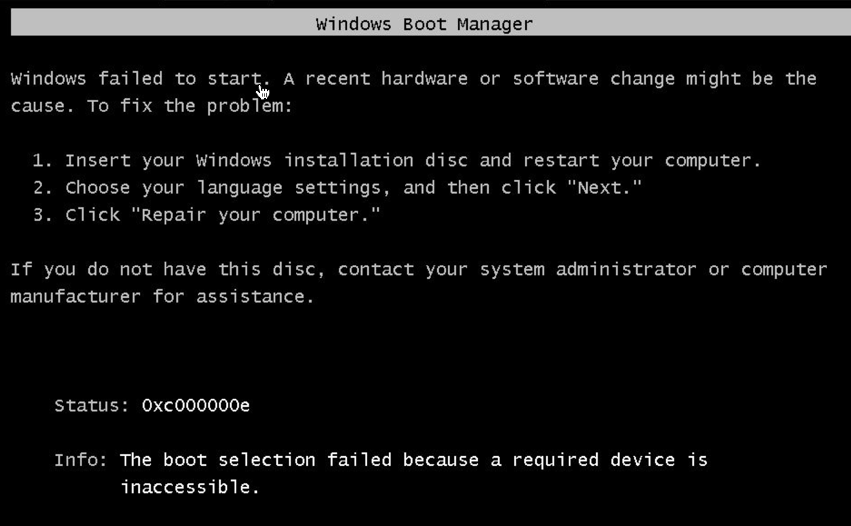 Use the following steps to resolve the ID conflict on your Windows server.

Note: This process has been tested only on Cloud Servers.

Note: You use this ID value (in hexadecimal format) to set up drive D.

Note: After you record this ID, you must change the ID to something else to resolve a name collision.

Use the following steps to change the drive ID:

To exit rescue mode, go to the Server Details page in the Cloud Control Panel and click Exit Rescue Mode.