Cooldowns enforce a period of time between possible actions. Auto Scale has the following types of cooldowns:

Use a group cooldown

When you set a group Minimum Cooldown, you restrict the group’s ability to change in response to a policy. If you have configured event-based policies, one or more events to scale up or scale down could happen before enough time has elapsed for the servers to deploy fully (for a scale-up) or for all transactions to finish (for a scale-down). A group cooldown ensures that at least a minimum amount of time passes before a scale-up or scale-down triggered by an event-based policy can occur.

For example, suppose you have three separate monitoring alerts for a server, and each alert is configured with a webhook to your Auto Scale group to trigger a scale-up event if the alarm state goes critical. If all three monitoring alerts go critical simultaneously, there could be three separate but near-simultaneous requests to scale up. A minimum cooldown of 30 minutes would allow only one of the scale-up events to occur within 30 minutes. The other two alerts would not be acted upon and would not iterate.

When you set a policy Cooldown, you restrict the policy’s executability by requiring a period of time to pass before the policy can be reexecuted—even if an event triggers it. A policy cooldown controls how often Auto Scale can execute a a single, specific policy. For example, a scale-up policy cooldown restricts how often the scale-up is executed despite being triggered by an event. This restriction allows one scale-up to deploy fully before another scale-up can occur. Conversely, a scale-down policy cooldown allows for the graceful removal of servers by restricting the removal of too many servers at once, even if multiple scale-downs are rapidly triggered. Policy cooldowns allow you to scale up fast and scale down slowly. 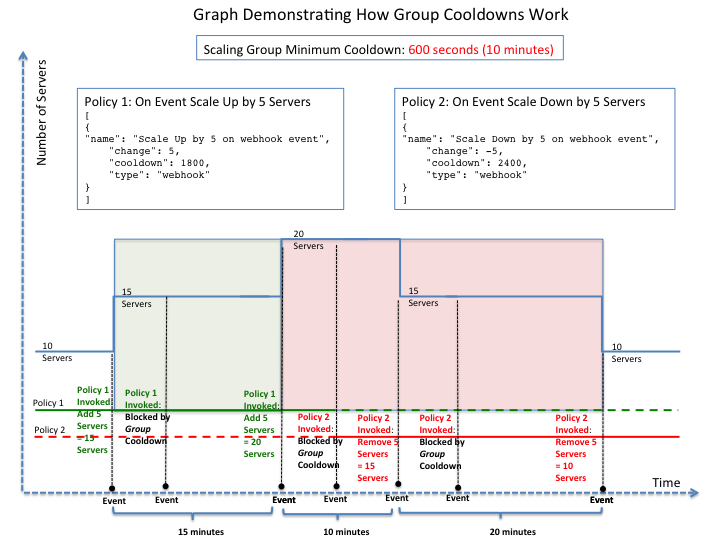 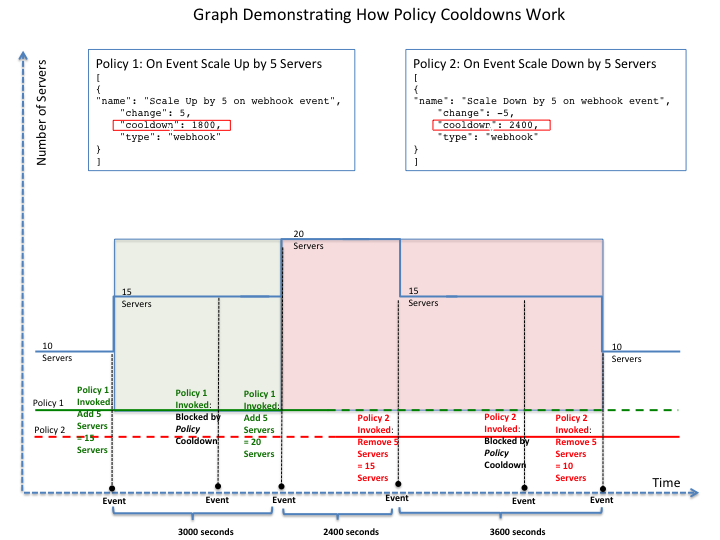