A high availability (HA) instance group is a Cloud Databases option that provides better performance and reliability, and reduces downtime by providing automatic failover to a replica instance.

This article describes how to create and manage HA instance groups by using the Cloud Control Panel.

Note: HA instance groups are supported only on MySQL 5.6, Percona 5.6, and MariaDB 10, and later versions.

Use the following steps to create a new HA instance group:

You can’t connect to your HA instance group without first setting up the allowed IP addresses or ranges. HA groups sit behind a load balancer with a firewall, and that firewall blocks all connections by default. Both single IP addresses and IP address ranges in CIDR format are allowed.

Note: You can’t connect to your HA instance group without first setting up the allowed IP addresses or ranges here. You can also add or remove addresses and ranges after you have created the HA group.

When all selections are complete, the total cost of the HA group is displayed to the right of the Create HA Group button at the bottom of the page.

View the build status and connections to the new HA group

After you click the Create HA Group button, the browser redirects to the HA Group Details page, which lists the following important information about the HA instance group:

While the group is building, the HA Group Status is shown as Building and a Loading animation is shown in the HA Group Networks table.

Note: While the HA group is in the Building state, the Scheduled Backups row might say “No Backup Scheduled” even if you enabled scheduled backups. When the group transitions to the running state, this information is updated to reflect the actual schedule settings.

When the group has completed building, the HA Group Status value changes to Running and the HA Group Networks section shows the hostnames and ports that you can use to connect to the instance group. These hostnames stay the same regardless of failovers and which instance is the primary. The following is an example of a completed build.

The hostnames stay the same regardless of failovers and which instance is the primary.

The following image shows an example of a completed build: 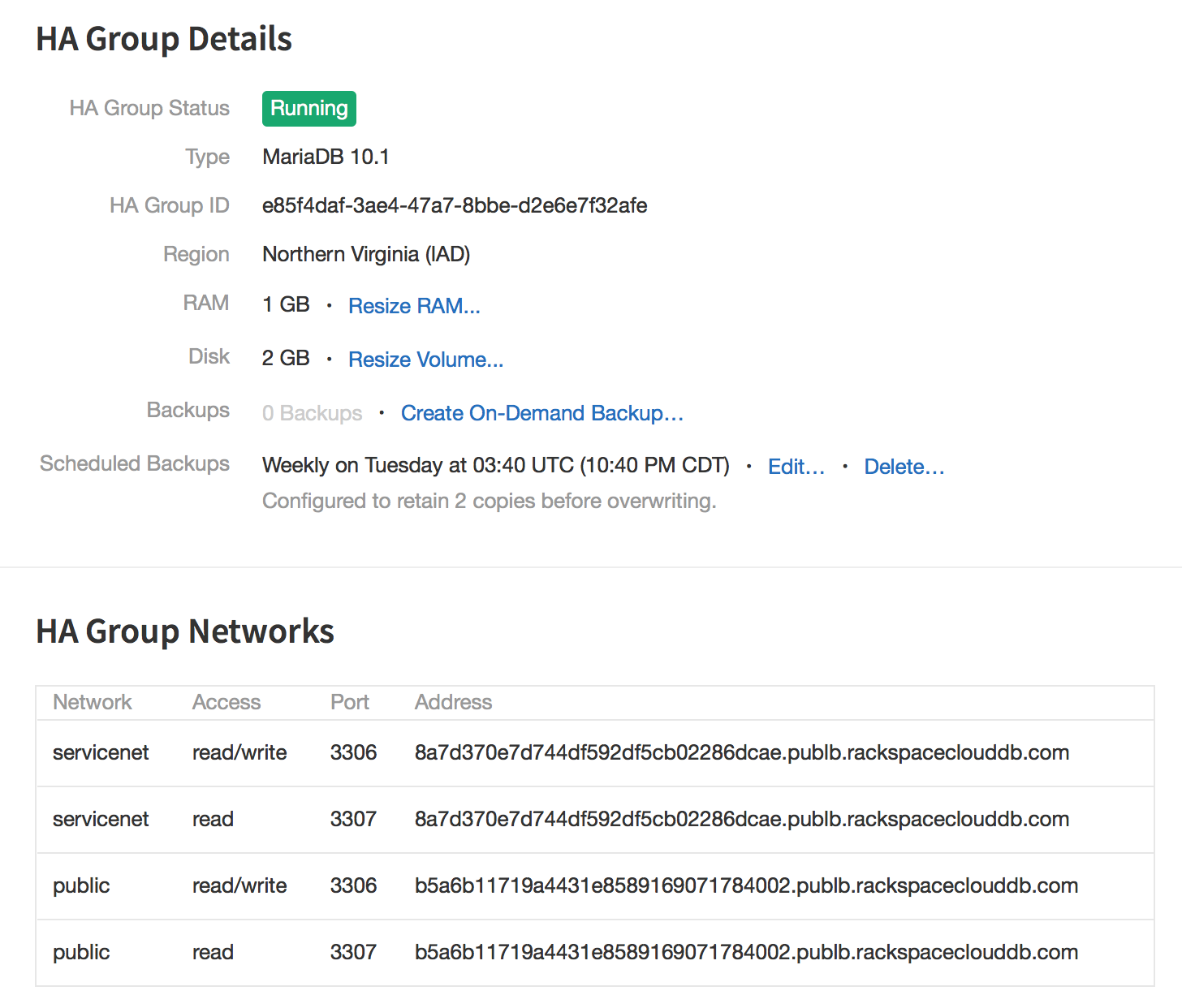 Farther down the details page, more information about the HA group primary instance is displayed. This information is similar to what’s shown on the Instance Details page for a single instance or replica set. The Increase Volume, Resize RAM, and other instance modification options are dimmed because modifications to an HA group must be made to the group rather than to individual instances.

Use the following steps to modify an HA instance group:

Note: The gear icon on the list page does not yet provide options for performing backups, resizing, or restarting HA instance groups. This functionality will be added in an upcoming release. 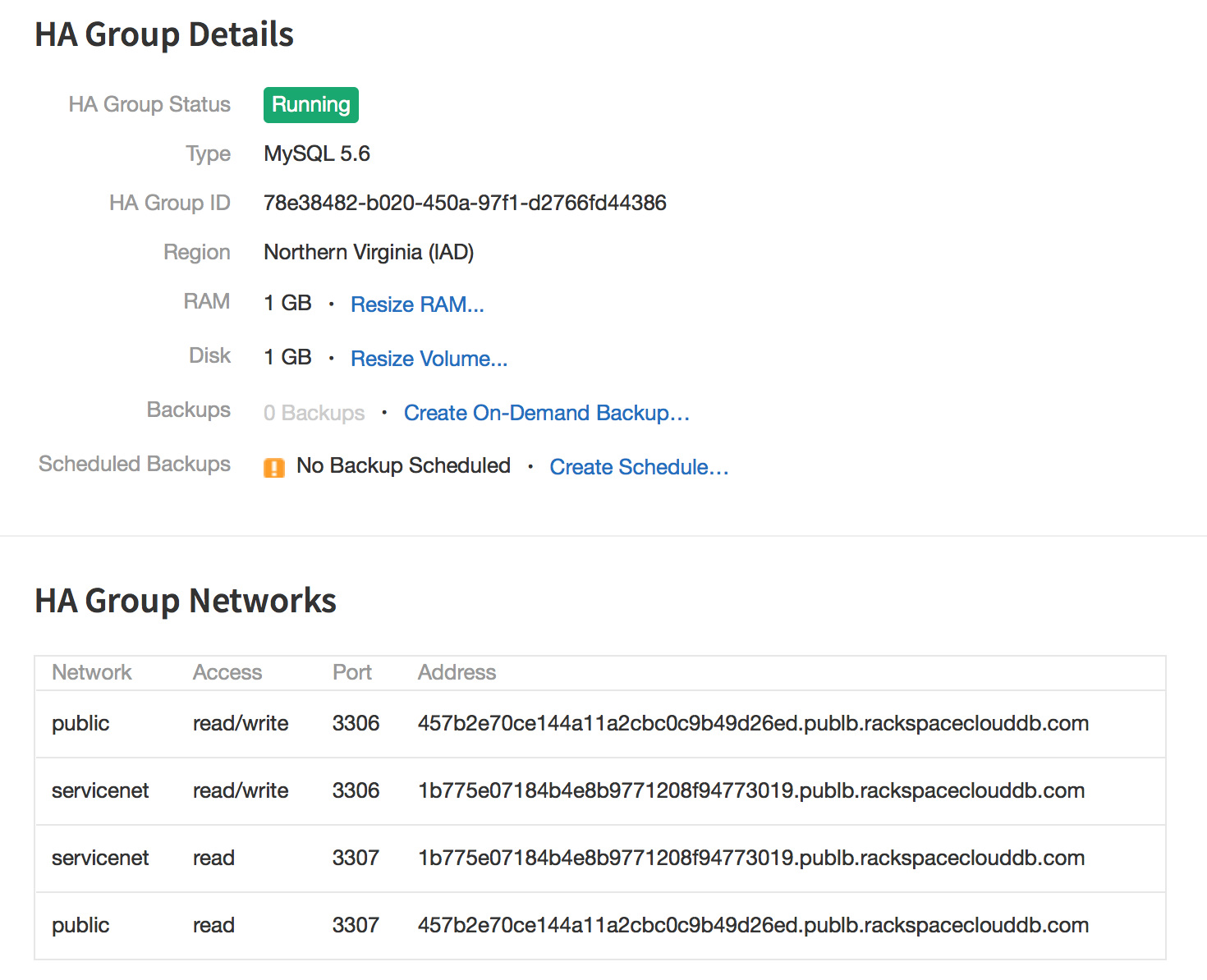 Tip: You can also perform these actions by using the Actions menu in the upper-right corner of the details page. From this menu, you can also choose to delete the HA group.