To protect or not to protect

The best-defended environment is useless if your customers cannot get to your site.

This situation is the reality in the world of hosting and distributed denial-of-service (DDoS) attacks. Recently, I heard that hosting without security compared to buying a car without seat belts. Let me take the analogy of the car further and say hosting without DDoS mitigation protection is like driving your new car off the dealership lot without insurance.

Attackers use DDoS attacks to attempt to make an online service unusable by overwhelming it with a large volume of traffic from multiple sources. Here's another analogy to describe a DDoS attack: Consider a huge crowd of Black Friday shoppers trying to get through a single residential door at opening time, also known in marketing terms as a "Doorbusters" event.

These attacks create conditions in which the system denies legitimate users access to resources, both yours and your customers'. The bad actors are not trying to break into a protected environment to steal or destroy your data. They want to disrupt services and cause as much chaos for the legitimate uses of the resources as possible by generating a massive number of phony requests from a large number of computers worldwide that flood a target server. As a result, the target server spends all its resources serving requests and becomes virtually unavailable to users who actually need it.

The days where traditional security tools such as firewalls and an Intrusion Prevention System (IPS) could help stop a DDoS attack by themselves are long gone.

Under the stress of a DDoS attack that can generate millions of packets per second, these stateful security devices, usually at the customer's network edge, must try to keep track of all the malicious incoming connections. The number of connections quickly exhausts the maximum limits of the device's connection table, preventing new connections from opening and blocking legitimate users from establishing connections. 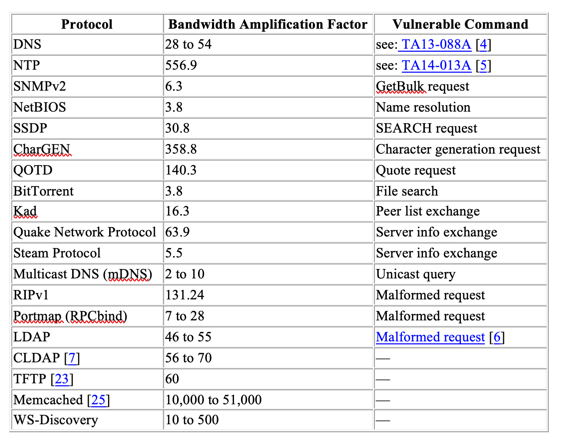 Reflection attacks occur when a bad actor spoofs the source address of request packets, posing as the target of the attack. Servers cannot differentiate legitimate from spoofed requests when attackers use the User Datagram Protocol (UDP). Therefore, the servers reply directly to the target of the DDoS attack. The response, which can come from tens of thousands of sources, can generate attacks of tens to many hundreds of gigabytes in size. This technique is very popular because it can use devices that are not compromised. The attack also hides the real IP address of the bad actor from both the victim's system and the abused server.

Too close to home

While many deploy security solutions close to the protected environment, you shouldn't try to mitigate vast volumes of traffic from DDoS attacks here. Instead, you want to mitigate DDoS attacks before they reach your network. This tactic is where an on-premises DDoS solution comes into play in today's world of network security. Effective solutions can detect and offload malicious traffic at the hosting provider's edge network, off-ramping traffic to dedicated scrubbing centers built to handle the volume of attack traffic from a DDoS attack.

There is no silver bullet device or solution that can defend or block 100% of malicious traffic and allow 100% of legitimate traffic through. Here, your traditional security tools come back into play by using a hybrid defense strategy for DDoS protection. You can have the on-premises DDoS solution take on the bulk of the attack, which also protects your dedicated security tools, allowing them to continue process traffic to your network.

Bottom line: Use all the security tools at your disposal to defend against DDoS and other bandwidth-onslaught attacks.

Why use Rackspace for DDoS mitigation services?

Rackspace delivers industry-leading SLAs and services. Our customers count on us to keep their systems safe and running 24x7x365. Our experts and anomaly-detection technologies are on-premises with your network equipment, so we can be the first to detect any anomalous traffic to your network. Rackspace DDoS Mitigation Services provide fast mitigation times because there’s no need to configure routing connections or DNS hosting changes. Our goal is to keep your infrastructure safe and your business online during a DDoS attack by offloading malicious traffic processing to our DDoS mitigation hardware.

DDoS mitigation is available as a subscription service for proactive protection to identify malicious traffic with the first hostile packet, or as an on-demand service that can be activated if a security event is underway. Both services include expert setup and custom tuning of your IP-based DDoS protection. On-demand customers have the option to upgrade to the subscription service after 30 days with no additional setup fee.

Roman Lara
Roman Lara is a Senior Engineer on the Rackspace specialized DDoS Response Team and has been a Racker in various roles since 2009. He is responsible for driving the design, build, and maintenance of Rackspace DDoS Mitigation infrastructure and services. Roman is a high-energy, hands-on leader whose knowledge and experience of threat trends helps develop and create powerful mitigation strategies through Fanatical Support®.