Leveraging AWS to prepare your eCommerce platform for the unexpected 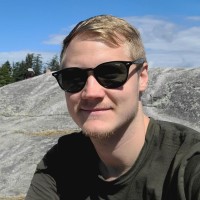 Originally published on October 1, 2019 at Onica.com/blog

If you run or support an online retail platform, you are well aware of the perils of dealing with high volume traffic during major sales or the holiday season, which can, unfortunately, lead to website crashes, frustrated customers, and abandoned shopping carts.

Every year, stories surface of some major brand that has fallen victim to this cycle. Whether you have experienced this or not, there are ways to future-proof your eCommerce infrastructure to avoid this scenario. This blog post covers the many aspects of planning, building, testing, and leveraging AWS to build a scalable and highly available eCommerce platform successfully.

Building a successful eCommerce platform on AWS® begins with the planning. Selecting the technologies to use to implement, run, and continuously deploy the infrastructure are the first steps because some technologies might be more difficult to replace than others after systems are customer facing. Discuss the pros and cons of native infrastructure management tools, such as AWS CloudFormation versus a third-party tool.

Building a pipeline is crucial because it provides you with a process to rapidly test and deploy hotfixes and improvements. You might be using bitbucket as your repository. If so, perhaps consider using bitbucket pipeline because it is very quick to get running. You might also want to consider a native solution such as AWS CodePipeline because it also eliminates the need to roll out additional infrastructure. After you have answered these questions, you can begin to plan out the infrastructure.

Typically, there are three major layers to an eCommerce platform, all of which are imperative for a successful implementation.

The first layer is the frontend, where you need to identify the content and how to generate it. Usually, software manages and dynamically generates the content of an eCommerce platform, and a web service serves it on the fly. To ensure that the dynamically generated content is highly available, an autoscaling group shojuld manage the front end systems in multiple availability zones (AZs) with a load balancer to distribute traffic evenly.

Through personal experience, you can intially put more attention into availability than scalability with a front end system when implementing a content delivery system (CDN). Using a CDN significantly reduces the load on a front-end server because it takes your dynamically generated content and serves it statically from data centers across the globe, ensuring that all customers have a swift browsing experience.

The second major layer is the middleware, this is where all the data processing, such as API calls, take place. Through my experience managing eCommerce middleware, I can attest that this requires the greatest effort to implement correctly. You need to put much thought into the scalability and availability of these systems. For example, the frontend and middleware applications must be autoscaled, highly available, and load balanced to ensure they handle unexpected load without causing application latency.

I have successfully managed middleware systems by running container workloads on auto-scaling groups. This improves performance because containers scale much more quickly than an auto-scaling group. As a result, when a container becomes unresponsive, the system can terminate it and replace it in a matter of seconds versus auto-scaling groups, which can take minutes. Every second counts when handling customer traffic. A customer might decide to drop off if they are having a poor shopping experience. A container-based approach also helps accelerate your ability to push hotfixes and improvements.

The third and final layer of an eCommerce platform is the backend data layer, which can often be a bottleneck. A relational database always requires some downtime to scale and, therefore, you must provision it with the correct amount of resources so that it can handle unexpected traffic spikes. The major metrics to monitor are CPU, Memory, IOPS, and Queue Depth.

For example, if Queue Depth has increased but the CPU Utilization remains stable, you often need to inspect the Read/Write IOPS and consider increasing provisioned IOPS. Why? Because the read and write speed of the disk is not keeping up with the volume of queries to the database system. Also consider identifying the slowest queries and tweaking them to improve performance. When tables are accessed, they become locked to protect the validity of data. Ensuring that a query does not run for long reduces queue depth and latency.

A successful eCommerce platform requires a reliable CI/CD pipeline so that you can deploy urgent hotfixes and improvements quickly with zero downtime. Something to consider for the front end is the invalidation of static files on the CDN so that when dynamic content changes, it reflects immediately on the live site. Middleware containers require a pipeline that is responsible for building and storing container images for effective versioning of application changes.

You can then implement rolling updates to perform zero-downtime deployments that most container management systems such as Kubernetes and Amazon ECS support. You can often deploy the backend layer alongside the middleware to ensure database changes occur simultaneously with code changes. Finally, one of the most critical components of the pipeline that happens at the end of the deployment is the testing.

An often overlooked component of an eCommerce platform, but arguably one of the most critical ones, is load testing. This step is absolutely crucial simply because the platform sees changes many times a week, up to many times a day, and each of these changes can affect the system performance.

A best practice recommendation is to build and routinely run load tests on the front and back end infrastructure in pre-production before releasing a build to production. The load tests should automatically take place after a deployment to pre-production, and you should store the results and compared them to previous tests so that you observe the effect of code and query changes before making the decision to release to production.

You can effectively use the tests to identify the most susceptible components of the system and determine the max throughput.You can translate this throughput to the number of concurrent users on the system. Even the smallest changes can and should be tested when load tests are fully automated.

While there’s a lot more on the line during peak seasons like major holidays, online retail sales are not just a one-off occurrence tied to a specific day or time. With the right kind of planning and the proper infrastructure in place, your eCommerce platform can meet the expectations of both your IT team and your end users, all year long. We work closely with our retail customers to provide an overall better experience for the consumer. If you are looking for assistance with your retail infrastructure, contact us.

Learn more about our AWS services.

Use the Feedback tab to make any comments or ask questions. You can also click Sales Chat to chat now and start the conversation.

Matt is a Cloud Architect at Rackspace Onica with over 7 years of experience in AWS supporting small to large scale customers in fields such as, technology, healthcare and finance. His experience includes developing and implementing automations, pipelines, containerized workloads, highly available infrastructure as well as system and application performance monitoring.