This blog explores Couchbase®, which is an open-source distributed NoSQL document and key-value database, released under the Apache® 2.0 license.

Couchbase provides low-latency data management for large scale interactive online applications, which handle user requests like adding, removing, retrieving, presenting, and manipulating data. To support these applications, data should reside in a format that is easy to scale and access. This requirement led to the emergence of Couchbase Server®, which was created after the merger of two popular NOSQL technologies, Membase® and CouchDB®.

Membase was developed by NorthScale, under the memcached project, and was designed as a key-value store with the simplicity, speed, and scalability of memcached, along with storage, persistence, and querying capabilities of a database.

CouchDB uses JSON for data representation and built-in replication and is written in Erlang™. CouchDB was developed by Damien Katz in 2005 and became an Apache project in 2008.

In 2011, Membase, Inc. and Couchone, the company behind the CouchDB project, announced a merger and called the merged company Couchbase, Inc.

This section describes the differences between three types of databases, transactional, analytic, and engagement databases, shown in the following image: 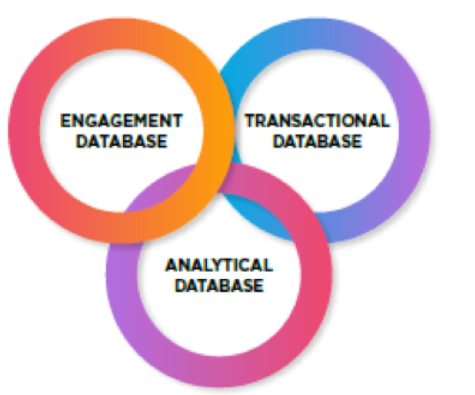 Transactional databases store highly structured data in tables and have unique rows and columns. These databases are used mainly by the accounting, human resources, sales, and purchasing departments of an organization. In transactional databases, user interactions, support, and engagement are generally out of scope, so millions of users can’t upload, view, or share billions of pictures, videos, or words at the same time.

Because of high costs and the inability to handle huge amounts of unstructured and semi-structured data, these relational databases can’t provide satisfactory customer engagement.

The latest growth of mobile technologies, social platforms, and the Internet of Things (IoT) applications are also creating difficulties for these databases.

Because of their architectural and structural limitations, transactional databases might not fit in today’s era of digital disruption, and it looks like they are slowing down digital transformation.

Analytical technologies such as Hadoop® Platform9 or Apache Spark10 are used to perform backward-looking analytics in an organization’s massive data set of customer interactions.

Analytical technologies always work with older data and not with real-time data. Because they were never intended for real-time or predictive operational data, they failed to build customer engagement.

For example, suppose you want to personalize suggestions, in real time, for a customer on an e-commerce site based on the customer's interactions, such as browsing or social media experiences. An analytical database won’t provide that kind of facility or performance.

In other words, analytical databases won’t provide the engagement to a customer.

Engagement databases provide multiple customer interactions and experiences by liberating and using the full potential of data at any scale, across any channels or devices, to build a more meaningful and significant relationship with a customer. An engagement database has the following major defining characteristics:

The core architecture of Couchbase is designed to scale easily without performance degradation and to simplify modern application development with a flexible data model. Built with a strong emphasis on reliability, the core database platform abilities include high availability, high scalability, high performance, and security. The Couchbase database is a multi-model, general-purpose database, which can be used as a managed-cache tier, a key-value, and a document database. 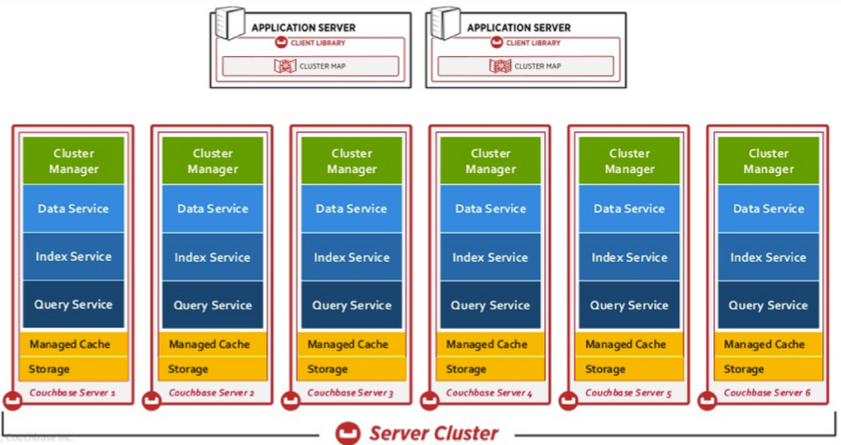 Within a cluster, you can enable the data, index, and query services based on the workload, as an independent deployment to handle three distinct workloads (core database operations, indexing, and query processing). These workloads process independently and simultaneously without any noise on the server side.

Thus, any (or each) node can run one, some, or all services at any given time. The database administrator can set up unique topologies by using these independent services and independently scale the different workloads in the database at once.

There are three editions for Couchbase Server: enterprise, community, and open source. Each edition offers their respective features and levels of support:

In today’s IT world, customer expectations are driving digital transformation. Customers seek extraordinary experiences while interacting with the brands they like. This phenomenon forces organizations to capitalize on the huge opportunities already available in today’s engagement era, instead of building new internet applications or mobile apps every day. Organizations must modernize their current technology and environments with highly responsive, available, scalable, intelligent, and easy-to-manage databases. Engagement databases such Couchbase Server suit this need perfectly.

Learn more about our database services.